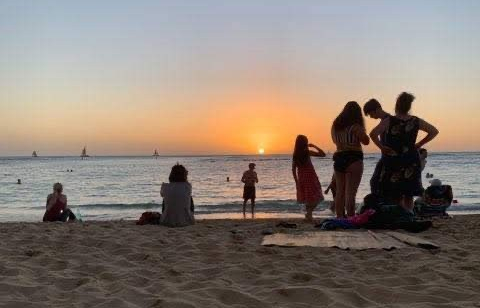 Chick-Fil-A Gets Spicy With new Menu

The Chick-Fil-A menu, something that has stayed the same for many years except for a few new items, is going through some new changes that some say for better while other remain skeptical

On Jan. 2 a headline on their website stated, “We’re changing up our menu in Charlotte and Arizona this January by removing select items and adding new favorites.”

“These changes are good because I enjoy spicy food over bland plain food. I’m also glad that they are adding new healthier option to a place that I frequently visit,” NCLA junior Nick Williford, stated.

Another controversy that this menu change is the items leaving.

Some of the items that have been cut of altered include the Chick-n-Strips being taken off the menu also all milkshakes, iced coffees, and frosted beverages will all be offered as a 16 oz. beverage in a clear cup. They are also offering their ice “dream” cones in only size small.

We Want to Believe

There has been a lot of talk about extraterrestrials (aliens) in the news lately. If you are a skeptic right now, just wait for what you are about to hear.

According to CNN, “Aliens definitely exist, Britain’s first astronaut has said — and it’s possible they’re living among us on Earth but have gone undetected so far.”

It’s not just anyone who is talking about it, it is the first British astronaut, and the first woman to visit the Mir Space Station.

Helen told the Observer newspaper on Sunday that “aliens exist, there’s no two ways about it…There are so many billions of stars out there in the universe that there must be all sorts of different forms of life.”

“Will they be like you and me, made up of carbon and nitrogen? Maybe not.”

She even said that it is possible that they are already here, but you just can’t see them. I can’t even look at my friends the same, you never know who could be a lizardman in disguise.

If you didn’t believe in aliens, now is a good time to hop on the SPACE SHIP. No matter what you believe, remember: I warned you. 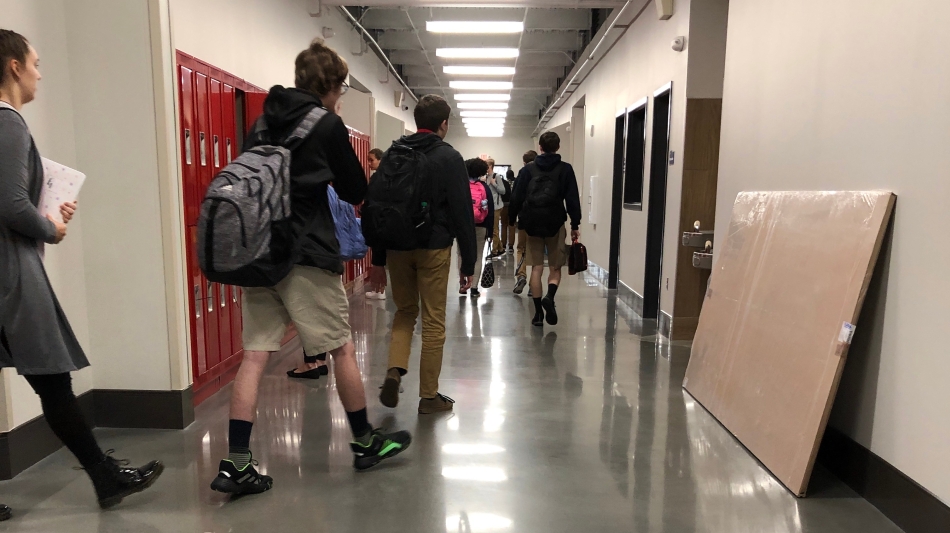 The high school building has been crawling with high schoolers for two weeks. The anticipation for the new building to be completed was a semi-long wait for the high schoolers. The results may not have been what some expected it to be though.

The high school building is two floors and classes for students can mean going up and down stairs constantly.

“The stairs in the high school building are nice but the ones in the lunchroom are small and sometimes get crowded,” said Amelia Maxey.

“I think that the ones we have now are so much easier to navigate and make the school look nicer overall,” said Maria Fleak.

The main attraction of the high school building though is the gym. The gym is definitely an improvement from the main building’s gym.

“I don’t really miss playing in the old gym and I really like playing in the new gym because the floor is better, it’s bigger and it feels more like a big high school gym,” said Laura Ritchie.

The gym also comes with a weight room which is a first for the NCLA and people seem to love it.

“We started using the weight room and its nice. A little on the small side but it’s nice,” said Gideon Vandyke.

Christmas break was the well-awaited breather and benchmark of “I made it halfway through.” With everyone now returning to school the thrill of trips or relaxation is beginning to fade into the past.

With how busy and chaotic things were leading up to break it is no surprise that some individuals took a break as an opportunity to do nothing.

“I did nothing,” commented Ava Gozales, NCLA Freshman.

Others took the time to focus on self-care and just enjoy the time away from school. “I ate a ton of chocolate and I had a ton of baths,” stated Lily Davenport, NCLA Junior.

The break was an ideal time to reconnect with family and friends, as schedules were less busy than earlier in the month.

“I did nothing, but talk and have fun with family and friends,” said Caleb Alston, NCLA Junior. 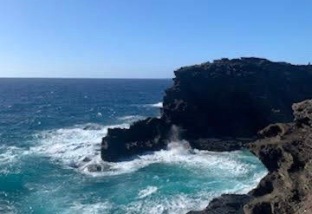 Some individuals took the free time to take well-deserved vacations. As everyone appreciated the little escape from reality.

“I went to Hawaii. My brother is in the US Army. He is stationed out there so we thought that we would go visit him, and make a vacation out of it,” commented Ellison Schuman, NCLA Junior.